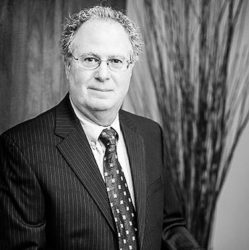 Mr. Dobrin was born and raised in Minneapolis, Minnesota.  He graduated from Oberlin College in northeastern Ohio in 1973 with a B.A. in economics.  After working for a few years, he attended the University of the Pacific, McGeorge School of Law, receiving his law degree in 1980.  He has been a highly ranked tennis player, captaining his college varsity tennis team, an accomplished tournament bridge player, and has enjoyed competing in numerous other sports over the years, presently being an avid golfer.

Mr. Dobrin’s legal career has focused on civil litigation, primarily insurance defense, representing numerous insurance companies and their insureds in various types of tort/property litigation and subrogation actions, involving motor vehicle accidents, personal injury, property management and insurance issues.  He worked for a small firm until establishing his own practice in 1993, practicing on his own until 2014, when he retired.  He was asked to become of counsel at Bates, Winter & Associates in 2016.

Utilizing the social and focusing skills he acquired in the various sporting competitions in his earlier years, Mr. Dobrin has become known and respected for his highly professional attitude and preparedness in helping guide cases toward resolution and, where appropriate, trial.  He has tried numerous cases with success, but always has an eye toward keeping costs down and civility up to benefit his clients by making resolution more possible.

In addition to serving his clients, Mr. Dobrin has also served on judicial arbitration panels in numerous California counties, chosen by both plaintiffs and defendants as an arbitrator to decide and help resolve hundreds of disputes. His analysis and judgment in his role as arbitrator has been praised by numerous, divergent, litigants.

Mr. Dobrin has been a member of the State Bar of California, Sacramento County Bar Association, and Association of Defense Counsel of Northern California.  He is admitted to practice before all state courts and the Eastern District of the Federal Court.